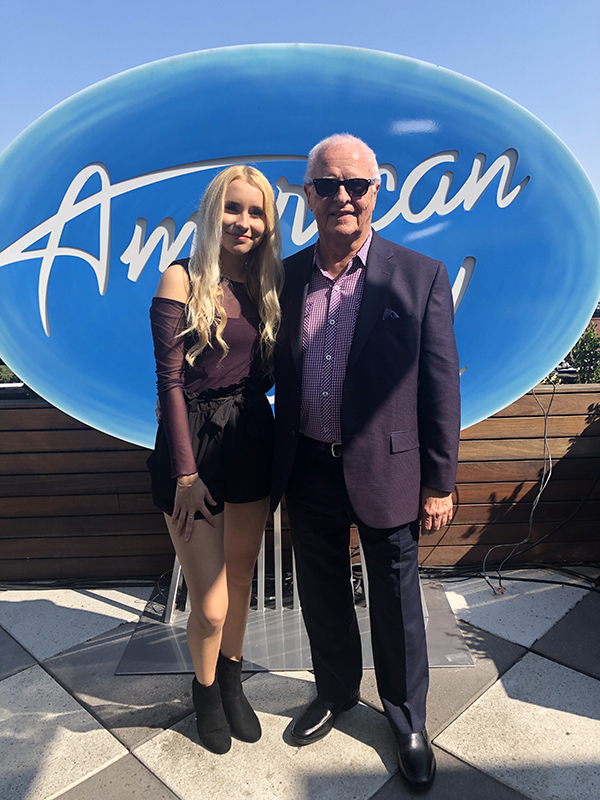 A congratulation is in order for one of our students, Vivan Hicks. Our rising star recently received an invitation to audition for American Idol. The competition took place in an undisclosed location and the first date the competition will be aired will be this February of 2020.

Although we know what happened-we can’t tell you the final results, you’ll need to watch the season and find out.

This season was monumental because it was the first time any Canadians were invited to be in the auditions. Our commander and chief, Ian Garrett made the trek to support Vivian in what could possibly be one of the biggest moments in her career.

Vivian Hicks is no stranger to the spotlight

That being said, Vivian has already had much success in gaining exposure for her vocal talent. Vivian was a finalist on “The Launch” and was able to acquire a record deal with Big Machine.

Vivian was able to record one song before the relationship ended in controversy. Following the news of Taylor Swift’s departure, Ally Hicks (Vivian’s mother), decided to pull out from the agreement with Big Machine. She felt they would get more attention from another company with the 2020 American Idol season very close at hand.

The exposure Vivian is expected to receive from the show should prove extremely rewarding. Vivian has 12 unrecorded songs and went on the show with no obligations to any label. Based on the size of the audience American Idol attracts, Vivan is basically auditioning in front of 5 million-plus viewers. There are bound to be some watchful eyes and ears that are willing to work such young talent.

Vivian has been working with Ian Garrett consistently to continue to improve her vocal skills. All of their hard work is finally paying off.

When asked what Ian has done for Vivian, Ally Hicks responded:

Vivian has way more confidence in her low range and high range. She is able to perform a set of songs now, whereas before she was wearing her voice out and getting fatigued. Now she is able to sustain the sound of her voice and exercise and an incredible amount of control.

Ian has been more than a vocal coach. He travelled all the way to the States and prepared her for the auditions. He has shown time and time again how dedicated he is to his students.

Ian has worked with Vivian Hicks for the last three years. When she first came to him he commented

“She has a very pleasant and full sound to her voice.”

Today Ian goes on to say:

Her overall production and use of language she really improved. We began to hear notable changes when she was working with me on vowel production using the tongue and head cavities to control the placement of her voice.

Although he can’t officially reveal any results of what happened at the auditions for American Idol, Ian said,

She sung very well. The girls in the US can be absolutely brutal. They made her feel uncomfortable and bullied her. She didn’t enjoy their company at all.

Here is a video of Vivian Hicks in one of her vocal training sessions.

Ian continues to work tirelessly at the Academy to provide vocal lessons to students of all skill levels.